Since the start of Russia’s invasion of Ukraine, energy infrastructure has frequently been damaged as a result of the fighting or, as in the case of the Zaporizhzhia Nuclear Power Station, actively occupied and disconnected from the Ukrainian grid. Now, as temperatures drop, Russia stands accused of “weaponising winter.”

A cynical turn in the war

Beginning in October, in the face of consistent battlefield setbacks, Russia has explicitly and systematically targeted Ukraine’s power system; civilian infrastructure that is vital to keeping lights on and homes warm for the millions of Ukrainians as winter begins. A first wave of missile and drone strikes in early October struck dozens of energy facilities across 16 oblasts, leaving almost a third of the country’s power stations unable to generate or deliver electricity. The persistent bombing campaign continued before intensifying again 15 November when almost a hundred missiles targeted just DTEK’s facilities, a utility responsible for about 25% of Ukraine’s power generation.

Significantly, these strikes are typically not aimed at generation facilities but at the critical connection infrastructure behind Ukraine’s power system. Open switch gears, transformers, and transmission lines are specifically hit to deprive power stations the ability to connect to the power system and deliver electricity to those who need it. In this regard, high-voltage sub stations are a regular focus as damaging these nodal points triggers power surpluses in one region and deficits in another. The result being that cities in particular are unable to get the power they need.

All told, by early November, before the latest waves of attacks, about 40% of Ukraine’s energy infrastructure had been seriously damaged. Repairs are constantly ongoing, but the sheer scale of attacks has meant that today up to 10 million Ukrainians are without reliable access to power. Rolling blackouts, but also unplanned cut-offs, have become common in many parts of Ukraine. Between 25-27 November, for example, daily electricity consumption averaged 251mn kWh, a 47% drop compared to the same time last year.

Cut offs are critical to curtailing demand and plugging deficits in the power system but can also have a devastating human cost as a steady power supply is essential to other utilities like water and heating. This problem is most acute in Ukrainian cities which rely on district heating and where a lack of hot water can cause pipes to freeze and break. With winter just beginning, the prolonged absence of either is likely to trigger an upsurge in illness through exposure to cold temperatures or alternatively deadly particles as citizens resort to burning wood or coal to heat their homes and cook.

Keeping the lights on

Ukraine’s energy sector has worked with incredible determination and bravery to repair and maintain its critical infrastructure in response to this onslaught. But the network is vulnerable to repeat attacks. Transformers and sub stations are large, exposed targets and once fixed can easily be hit again.

While military aid for air defence systems is essential to protecting this equipment, equally important is that Ukrainian operators have the replacement parts necessary to bring power and heat quickly back online. Although these companies had built up stocks before the conflict, these are now dangerously low and further replacement parts are often not readily available.

The problem is not that Ukrainian power operators are unable to afford or purchase additional equipment but that production lead times are too long. The production of compatible transformers or switches is not done on mass but is project-specific, meaning utilities would have to wait up to a year for the manufacturing and delivery of equipment that is needed today. And this timescale does not factor in manufacturers’ already existing orders from other utilities, orders that are typically made two years in advance.

Considering this gulf between equipment lead times and equipment needs, it is essential that Ukrainian power operators are given access to compatible stockpiles in the warehouses and factories of other European energy companies or in national strategic reserves. These resources can be quickly transported to Ukraine and installed, making a rapid contribution to the conditions of millions of Ukrainian citizens.

How the European power sector can contribute

The European Union, through both direct financial aid and its Civil Protection Mechanism has been a consistent source of humanitarian aid for Ukraine. In response to Russia’s attempt to cripple Ukraine’s energy system, this aid is increasingly focused on supporting this critical infrastructure. Earlier this week [25/11], European Commission President Ursula Von der Leyen announced that the Union’s rescue reserve would release 40 heavy generators, 200 medium-sized transformers as well as a large and a medium-sized auto-transformer.

More equipment will be needed. For companies or third parties willing and able to help, the best way to become involved is to contact the Energy Community Secretariat. Based in Austria, this organisation makes use of their Ukraine Support Task Force and Ukraine Energy Support Fund to coordinate between donors, suppliers, the EU, and the Ministry of Energy of Ukraine. Working closely with the Commission’s Directorate-General for European Civil Protection and Humanitarian Aid Operations (DG ECHO) the Energy Community ensures the prompt delivery of specialised energy equipment, materials needed for repairs, and fuels.

The Ukraine Support Task Force can provide donor companies and other organisations with a regularly updated list of urgently needed equipment so that they can match it what they have in stock. The secretariat will then assist donors with administration, customs, and transportation free of charge. They can be contacted here: UkraineEmergencySupport@energy-community.org.

As Russia has failed to find success on the background it has increasingly reached for methods that lash out directly at Ukraine’s civilian population. The fixation on Ukrainian energy infrastructure as millions of people rely on it to get through the coldest months of the year is the latest manifestation of this strategy. Europe, its governments, citizens, and companies should do their utmost to protect Ukrainians from this use of winter as an indiscriminate weapon. 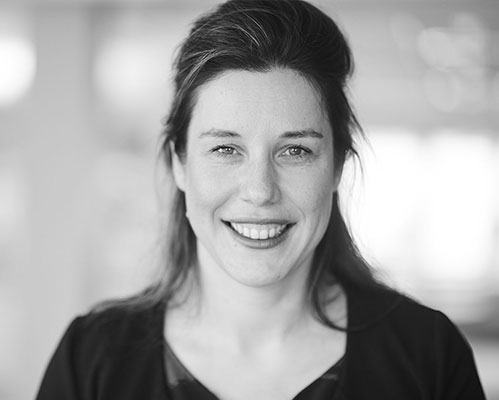 Head of Strategic Communications and Board Secretary